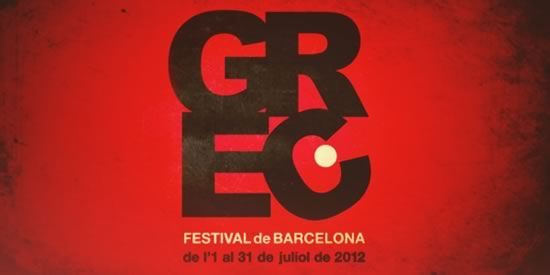 The Grec Festival takes places every year between end of June and complete July. Best weather guaranteed. One of the most epic venues is the Teatre Grec at the bottom of the Montjuic Hill. This Amphitheatre is the main attractoin beside of the many performances which can be seen during this week. Theatre, Modern Dance, opera and many more.

Although the festival takes place all over the city and also includes travelling shows, the Grec Festival of Barcelona revolves particularly around the slopes of Montjuïc, where a good number of the venues are located, and that is also the place where the head office of the Institut del Teatre is located. The festival epicentre is the Teatre Grec. Built in 1929 for the Universal Exposition, this site takes its inspiration from the Green theatre at Epidaurus. The theatre, a symbol of the way this mountain has been restored to public use, is surrounded by magnificent gardens, including a rose garden planted just a few years ago. It was at this site that, in 1976, the Grec Festival of Barcelona was born, and took its name from this theatre.

The Grec Festival of Barcelona is Barcelona's largest summer annual dance, theatre and music festival with a huge programme of wonderful events in many venues in the city and culture, creativity and innovation for everyone. Beside of the Teatre Grec we can see performances at the Teatre Nacional de Catalunya, Teatre Lliure, L’Auditori and the Art Nouveau building Mercat de les Flors.

So maybe you should plan your next stay or vacation in Barcelona during the Teatre Grec weeks and enjoy some great days with extraordinary cultural events and one of the most wonderful garden directly beside of the Teatre Grec.